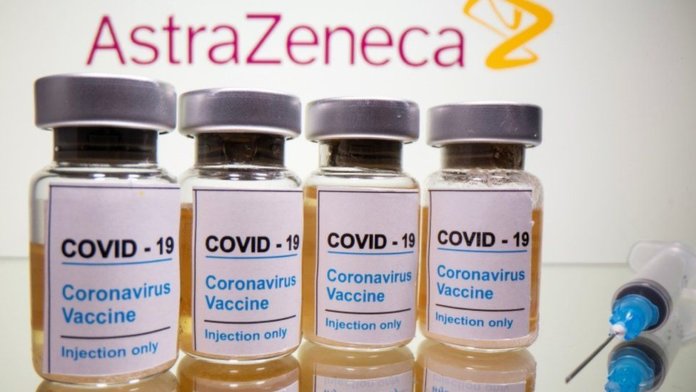 Denmark has reported that two people experienced brain hemorrhages after receiving the AstraZeneca Covid-19 vaccine. One of them died while the other is critically ill, according to New York Times.

The report said Danish Medicines Agency was looking into whether the condition was a potential side effect.

According to the report, the spokesperson for the Capital Region of Denmark confirmed the death.

The Danish Ritzau news agency also reported that the other person, a female civil servant in her 30s, was critically ill.

This is the second death in Denmark after a person was given the AstraZeneca vaccine. Norway is also examining the deaths of two people who received the vaccine.

Denmark, Norway, Iceland and several European countries had held off AstraZeneca COVID-19 jabs following reports of blood clots and and abnormal bleeding in recipients of the shots. France and Germany have resumed using the shots.

Millions of people in several countries have received the AstraZeneca Covid-19 vaccine with few reports of ill effects, but the European Medicines Agency, the continent’s top drug regulator, conducted a review after several countries paused the use of the vaccine.

On Thursday, the agency said it considered the vaccine safe, but disclosed that it would continue to watch for any connections to blood disorders. It noted that any threat would be very small, and that the shots will prevent vastly more deaths than they might cause.

Despite the assurances, questions are being raised about its safety, leading to a disruptive pause in vaccination campaigns this week, even as some European countries were entering a third wave of infections.

Right now we are examining whether this is the exact same disease picture with multiple blood clots, a low count of platelets and hemorrhages,” Tanja Erichsen, a director at the Danish Medicines Agency, said in a radio interview with the Danish national broadcaster DR.

“We prioritize reports of suspected serious side effects such as these and examine them thoroughly to assess whether there is a possible link to the vaccine,” Ms. Erichsen said on Twitter on Saturday.

“We are in the process of dealing with the two specific cases,” she added.

In Nigeria, AstraZeneca Vaccines have been distributed to all the states and the FCT, except Kogi, which has yet to repair it cold-chain store. Many Nigerians have received jabs, and so far no adverse side effect has been reported.

31st annual 'Just Pray NO!' to drugs Worldwide Weekend of Prayer and Fasting

Prayer for Victory over Enemies

Best Birthday Prayers for your Pastor’s Wife
11 hours ago

Sad Love Paragraphs/Sad Love Letters for Him or Her

Morning Prayers to Command the Day
19 hours ago

Morning Prayers to Command the Day